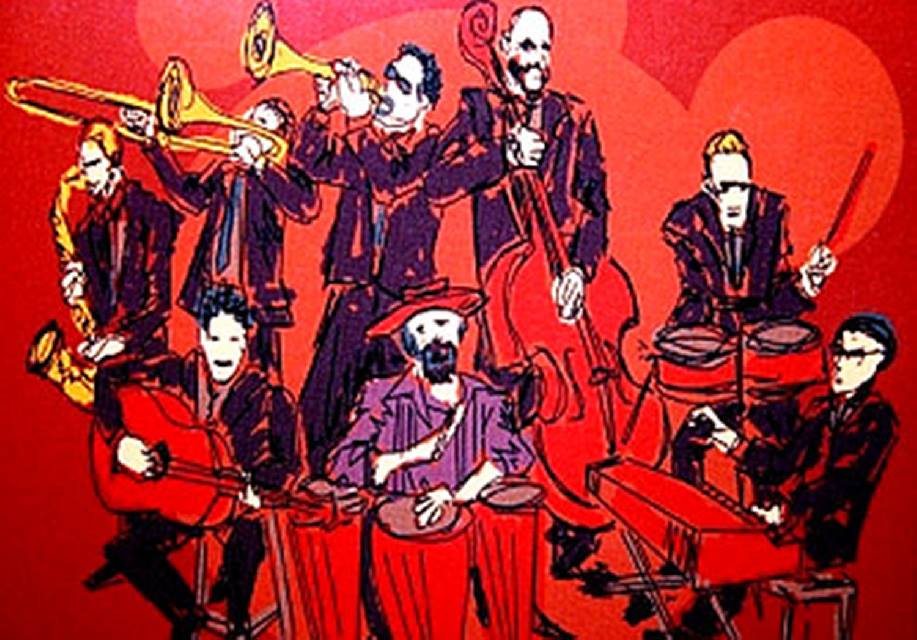 The hot Latin sounds of Soñando have earned them the reputation as the Hudson Valley's premier Latin band. This spicy blend of music and musicians have performed in clubs, at private functions, community festivals, benefit concerts, on radio and television, as well as the Puerto Rico Day Parade in NYC, but the band is at home wherever a dance floor can be cleared. Fueled by a fiery rhythm section and high-octane horns, Soñando plays a wide variety of Latin styles from Plena and Son to Salsa and Merengue!
"The name of the band is Spanish for "dreaming" but when the hordes come out for Soñando, they don't sleepwalk-they dance. And we're not talking a few perfunctory head-bobs or butt-wiggles, they dance until they go up in flames like, Tula's unquenchable bedroom in the Cuban lyrics above." -Woodstock Times

RSVP for The Falcon-Latin Dance Frenzy! Soñando to add comments!