"Easygoing, soulful music, which calls to mind J.J. Cale, early Van Morrison, and Ben Harper" - Wall St. Journal
Jonah Smith is a critically acclaimed singer-songwriter based in Brooklyn, NY. He pulls from the deep well of American blues and its offshoots -  soul, country, and folk. Smith is essentially a songwriter with the voice of a soul singer. He has won an Independent Music Award for his song, “My Morning Scene” and has toured internationally for the last nine years including performances at festivals such as Bonnaroo and the BAM festival in Barcelona, Spain. He has shared the stage with Martin Sexton, Madeleine Peyroux, Little Feat and many others. His latest release, "Lights On" was acclaimed by critics and funded entirely by his fans. 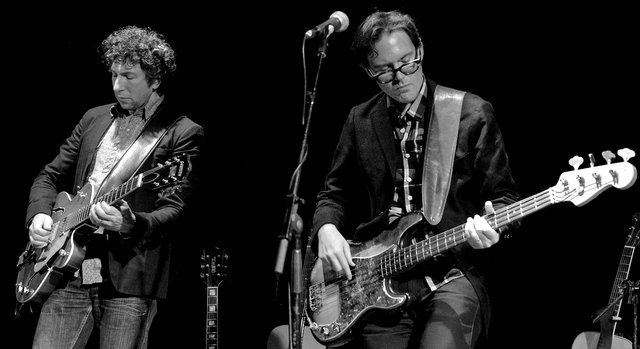 If you took your copies of Deja Vu, Bookends, Full Moon Fever and Disraeli Gears and melted them into one L.P. it might sound like Lost Leaders, the alchemical brew of Peter Cole and Byron Isaacs.
The project was born at Levon Helm's studio in Woodstock NY.  Lost Leaders created a series of live performance videos covering some of their favorite material (including their own). Each -  a single live take in a unique location. The duo distills songs to their essential elements: their two voices and two guitars contrast with the lushness of the studio recordings. Their arrangements of songs by Beck, Pete Townsend, Neil Young and Tom Petty illustrate their haunting vocal blend and instrumental ingenuity.