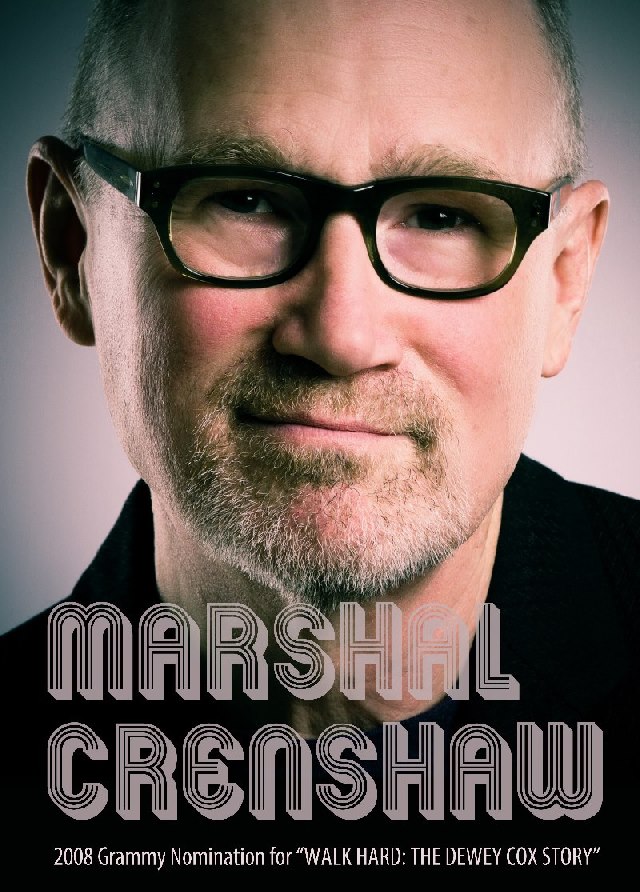 "Crenshaw's twangy, faux Johnny Cash tune for "Walk Hard:The Dewey Cox Story" was nominated for a Golden Globe. The song renewed interest in Crenshaw, one of music's more underrated tunesmiths. 'I thought [the movie] was hilarious on paper,' says Crenshaw, who saw the script before it was filmed. 'I got excited about it. The song came pretty fast....instantaneous. It only took a day to write, which is a miracle for me.'"

Born near Detroit, Michigan, Marshall Crenshaw received his first big break playing John Lennon in the off-Broadway company of "Beatlemania". In 1987, he played Buddy Holly in the Richie Valens biopic “La Bamba.” While living in NYC, he recorded the single “Something’s Gonna Happen” for Alan Betrock’s Shake Records, which led to a deal with Warner Bros.  His debut album, MARSHALL CRENSHAW, was acclaimed as a pop masterpiece upon its release in 1982 and established him as a first-rate songwriter, singer and guitarist. The record spawned the Top 40 single “Someday, Someway,” which rockabilly singer Robert Gordon covered and scored a hit with a year earlier.
A quote from Trouser Press sums up Marshall Crenshaw’s early career:
“Although he was seen as a latter-day Buddy Holly at the outset, he soon proved too talented and original to be anyone but himself.” All Music Guide captured Crenshaw’s vibe perfectly: “He writes songs that are melodic, hooky and emotionally true, and he sings and plays them with an honesty and force that still finds room for humor without venom.”
Opener: Jacob Augustine 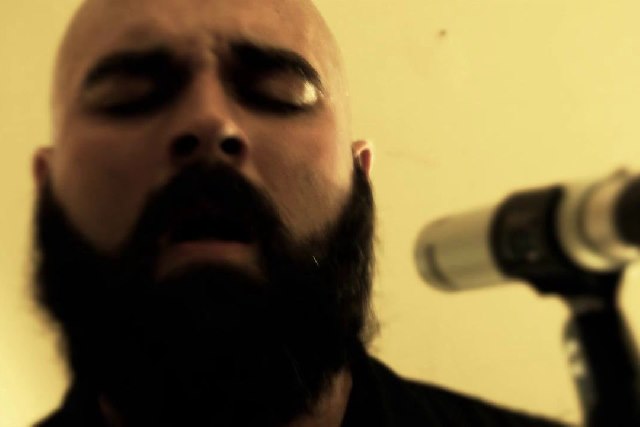 RSVP for The Falcon-Marshall Crenshaw-Opener: Jacob Augustine to add comments!