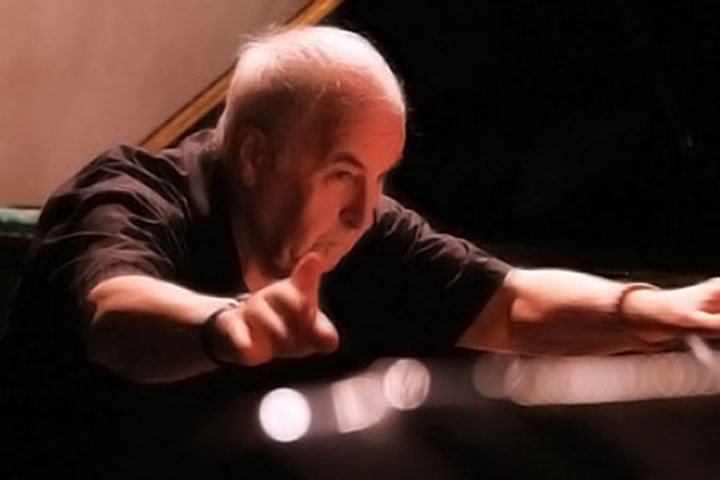 Featuring Ingrid Sertso/Vocals, Tani Tabbal/Drums and a variety of nationally and internationally active players living in the Hudson Valley. Check our listings! We'll add more info about each week's line-up of artists
The Workshop/Performance Ensemble is conducted by Karl Berger in the fashion of the KB Improvisers Orchestra in New York: blending and harmonizing improvised sounds together, based on an intuitive process of detailed listening, dynamics, tuning and conducting. The music is based on brief composed lines (by Karl Berger, Ornette Coleman, Don Cherry and others) and on the improvised contributions by each player.
This process is particularly interesting and enlightening for listeners who want more out of listening to music, without having to get into technical studies.
Karl Berger
karlberger.wordpress.com
Award-winning composer/arranger/conductor,Karl Berger, wrote and recorded over 200 compositions and arrangements for classical ensembles, jazz groups, song-writers and performers, big bands, symphony and crossover projects. He has gained critical acclaim for his original scores for live orchestras and ensembles and for numerous recordings.
Karl won 6 Downbeat Critics Awards and remains internationally active on the concert and residency circuits for new music and innovative jazz. The Karl Berger Improvisers Orchestra and Ensembles are influential forces to date. He now records for John Zorn’s Tzadik label.

With Ornette Coleman and Ingrid Sertso, Karl Berger founded the Creative Music Foundation, with the legendary Creative Music Studio at the core. CMS maintained a year-round program and campus in Woodstock, New York, that attracted many world-renowned composers and improvising artists of many instruments and traditions from around the world. At CMS Karl Berger developed his Music Mind approach for heightened focus on detail, emotional expression, and cross-cultural communication, with the universal Gamala Taki Rhythmic Training at its center.