"Mardi Gras!...a taste of New Orleans and the Blues" 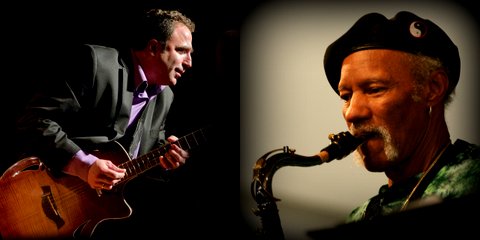 Photo by Jim Rice
Grammy Award winner, Charles Neville of the Neville Brothers and Jeff Pitchell with Texas Flood have been in the recording studio creating a new CD entitled "Mardi Gras! A Taste of New Orleans and the Blues," , also the name of their new show!
Charles Neville
http://www.charlesnevillesite.com/
Charles, Sax, flute and vocals man with the Neville Brothers, has a Grammy Award and gold/platinum records from 6 different countries. He has appeared on "Good Morning America," "The Today Show," "Oprah," "Saturday Night Live," "Arsenio," "Austin City Limits," "Letterman" and the "Tonight Show.
Jeff Pitchell
http://www.jeffpitchell.com/home.aspx
Jeff Pitchell, who critics have compared to Stevie Ray Vaughan, has had a #7 record on the National Billboard Charts and has won numerous awards as "Best Singer," "Best Guitarist," "Best Songwriter" and "Best Band." You've seen Jeff with J. Geils and Johnny A. With his newest stage partner, Charles Neville, they will blow you away. When Jeff and Charles explode into legendary sax and guitar jams, audiences are on their feet!