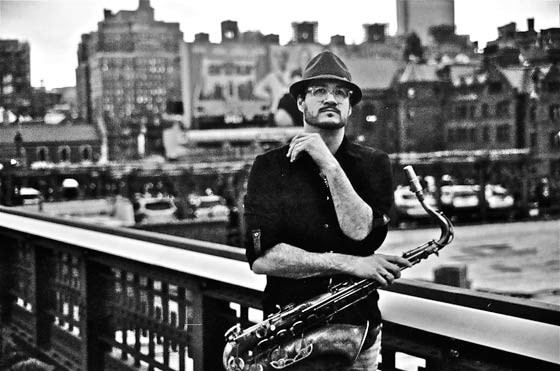 Together with his Kings County Band, Jay Collins uses the sounds of Memphis Soul, New Orleans Funk, Delta Blues, and classic Rock and Roll to make an original, funky stew, with some horn sprinkled on the top!
Jay's saxophone, flute, and horn-section arrangements have supported the sounds of Gregg Allman, Allman Brothers Band, Levon Helm (of The Band), Donald Fagen’s Dukes of September (w/ Michael McDonald and Boz Scaggs), James Hunter, Ray LaMontagne, Latin percussionist Bobby Sanabria, and jazz greats, composer Andrew Hill, French pianist Jacky Terrasson, guitarist Ed Cherry, and legendary bassist LeRoy Vinnegar, among others.
Jay is heard on two Grammy-winning recordings with Levon Helm (Electric Dirt and Ramble at the Ryman) and a platinum-selling DVD with the Allman Brothers Band (Live at the Beacon Theater).
After years of “moon-lighting” as a singer-songwriter, the secret is out - Jay Collins’ 'granite pipes’, gritty vocal style, and blues-influenced song-writing, are winning admirers in NYC, the Hudson Valley and beyond! 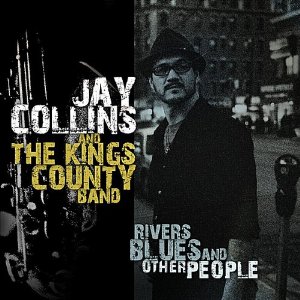 “Collins’ soulful croak definitely deserves to be heard” - TimeOutNY
“Jay Collins plays a hot saxophone, but he covers a lot more ground than that…” - Blues Revue Magazine
“ [Jay’s latest CD] ‘Rivers, Blues, and Other People’ makes a resounding case for Collins the singer, songwriter, and bandleader. Any and every roots fan and Band nut would do well to buy this album right away!” - Hittin’ the Note Magazine
In an era where most have learned to play music in a school, Mr. Collins is one of those increasingly rare musicians who learned to play, “on the bandstand”.

RSVP for The Falcon- Jay Collins & the Kings County Band to add comments!