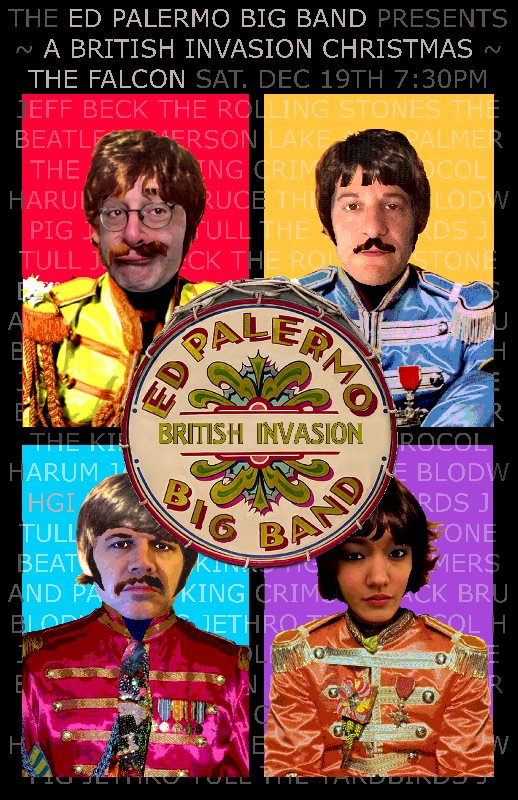 The world's zaniest Big Band rocks the Holiday with The Beatles, Jeff Beck, The Stones, and more!

palermobigband.com
Ed’s interpretation of the music of iconoclastic composer Frank Zappa has brought him wide recognition. His first CD of this material, “the ed palermo big band plays the music of frank zappa”, garnered rave reviews. Downbeat magazine gave “the ed palermo big band plays the music of frank zappa” a 4-star review. Palermo’s second CD of Zappa material, entitled “Take Your Clothes Off When You Dance” has been received with equal enthusiasm from publications all over the world, including another rave from Downbeat.
The latest release, 'Oh No! Not Jazz!!' consists of two albums - the first explores Ed's distinctive interpretations of Frank Zappa's work and works from original Mothers Of Invention. Two notable pieces are performed here - One of Frank's best loved works, Inca Roads, with a vocal by guest Napoleon Murphy Brock contrasts with one of his most 'notoriously difficult' works, The Black Page #2. The second album features Ed's own riotous, colorful compositions, featured here for the first time in over 25 years!