“Kurtz is the kind of artist who teaches us ink- stained wretches to be miserly with superlatives, so we’ll still have a stock of them when she comes around.”

www.daynakurtz.com
Over the past decade, the Brooklyn-based vocalist/writer/musician/producer has built a formidable body of recordings, won an international reputation as a riveting live performer, amassed an extensive file of rapturous critical raves and earned an equally devoted audience around the world.  She’s achieved these distinctions on her own terms, releasing five albums and a live DVD on her own Kismet label, touring around the world on her own dime, and building a remarkably loyal fan base. 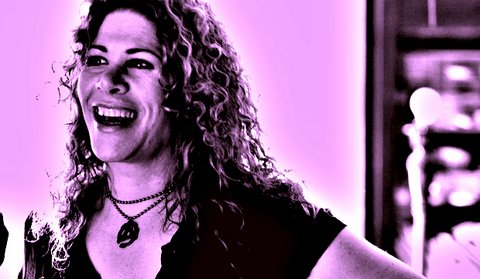 Along the way, Kurtz was named Female Songwriter of the Year by the National Academy of Songwriters.  Norah Jones and Bonnie Raitt have raved about her in interviews, and she’s performed on World Cafe, Mountain Stage and NPR’s Morning Edition.  She’s toured with and/or opened for the Elvis Costello, Antony and the Johnsons, Richard Thompson, Rufus Wainwright, B.B. King, Dr. John, Richie Havens, Keren Ann, Joe Henry, Olu Dara, Chris Whitley, Richard Buckner, Ladysmith Black Mambazo and the Blind Boys of Alabama.
“I’d rather risk being called a dilettante than be stuck just using just two crayons out of the big box,” Kurtz states, adding, “The lyrics sing themselves to me and tell me what they want.  Some of them want a brass band.  Some of them want a rockabilly combo.  Some of them want a Cajun waltz.  Some of them want a searing lap steel guitar.  And some of them, like most of Secret Canon, Vol. 1, want long late-night sessions with great jazz and blues players, played live to tape.  I’m always just trying to do the best I can to serve the song.”