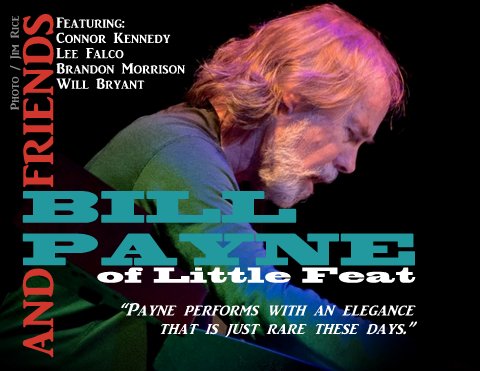 Featuring Connor Kennedy, Lee Falco, Brandon Morrison,
and Will Bryant
http://www.billpaynecreative.com/
http://www.littlefeat.net/bill-payne-bio.html
For the past four decades, Bill has spent most of his time on the road, in studios & working with rock n’ roll hall of famers. He’s one of rock’s most talented keyboardists, a legitimate legend among peers.
In addition to great songs with Little Feat: Oh Atlanta, Time Loves A Hero, Tripe Face Boogie, he has been writing with Robert Hunter over the last couple of years. A founding member of Little Feat, he’s appeared on hundreds of studio albums & toured with the James Taylor, Jackson Browne, Bob Seger, Bonnie Raitt, Jimmy Buffett, and the Doobie Brothers. He is currently on tour with Leftover Salmon, and is developing a path with Larry Campbell.
Opener 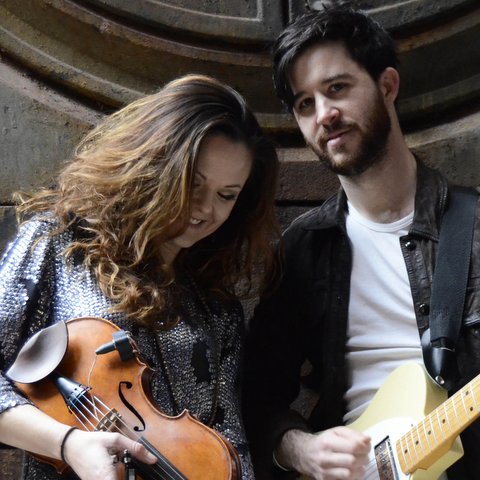 Andy Stack and Tania Elizabeth are intensely intuitive players, known for their abilities to accompany others with sensitivity and accuracy.  Sharing the spotlight, they create a synchronistic magic carpet ride -  an intoxicating blend of old and new; blues and gospel collide with kitchen-party fiddle riffs and crystal clear vocals that shake the foundation of North American music. Somehow they manage to walk the dirt road back to its very beginnings while simultaneously paving the way to the future of Americana.

RSVP for The Falcon- Bill Payne of Little Feat & Friends - Opener: The Stacks to add comments!